This week our animal teacher was Raven.
Raven is a creative thinker.
We are learning that we can be creative like Raven by: 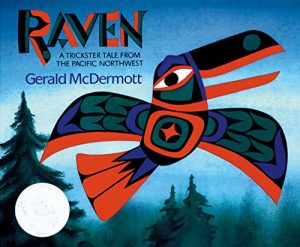 We read the story, Raven, A Trickster Tale from the Pacific Northwest retold by Gerald McDermott. We learned that Raven is a trickster! We learned that being a trickster means being a change maker. The change Raven helped our world make was to turn it from being dark to being light. 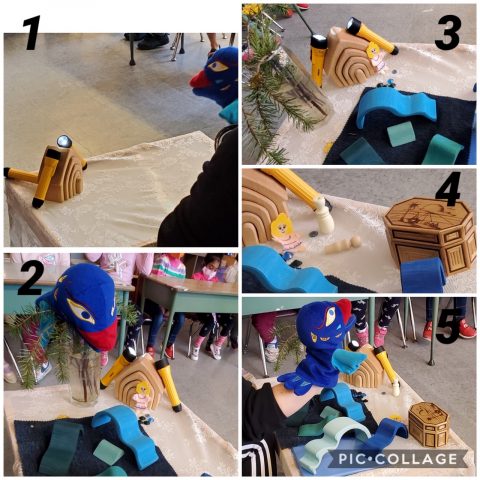 Can you retell the story How Raven Stole the Sun to your family?

What happened next? Can you retell the whole story to your family? 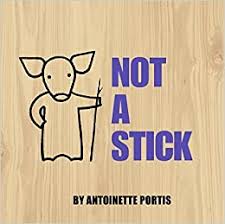 After this, we read the story Not A Stick by Antoinette Portis and discussed what it means to be a creative thinker. The children then got into partners and began acting out what their stick was, while their partner tried to guess.
Can you guess what we transformed our sticks into? 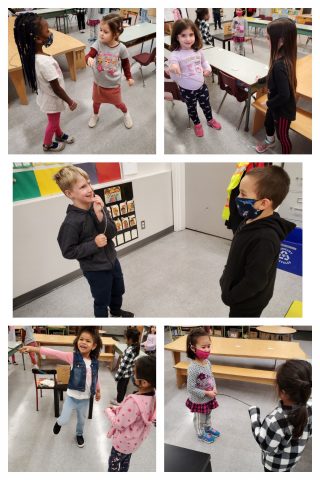 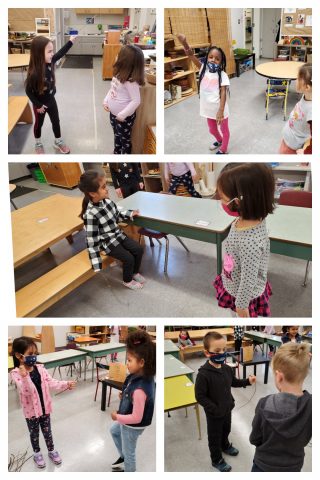 This afternoon we completed our Raven art. Yesterday we did a directed drawing of a raven. The children did an amazing job persevering through the challenging task. Today we used red and black oil pastels to finish our ravens. The children then added a forest and a golden sun. They are so beautiful and unique! 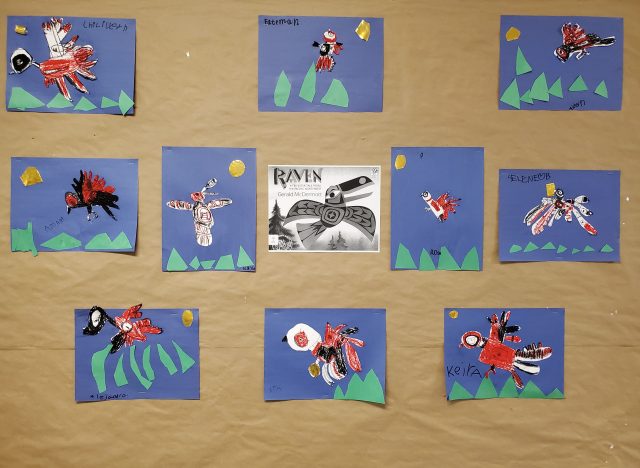 Today at school we had a special virtual visit on Zoom from a real life spider expert named Dr. Andreas Fischer! He is a  spider scientist, Arachnologist, from Simon Fraser University’s Biological Sciences Department. We were so excited to learn more about spiders from a real expert. We were able to ask him some questions we had about spiders like:
Why don’t spiders get stuck in their webs?
How do spiders make their webs?
Why do spiders live in houses?
Why do Black Widow spiders have a red spot? 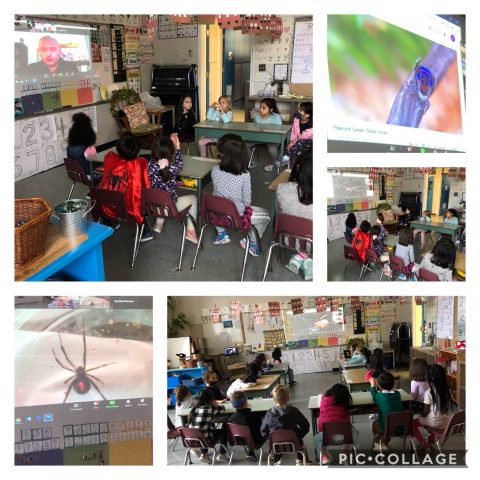 Dr. Fischer answered our questions and even showed us a real black widow spider! He also showed us a video of dancing Peacock Spiders.
We found out that Dr. Fischer went to Kindergarten when he was younger! We found out that he went to Kindergarten, elementary school, high school and then university. He said that he was in Grade 25! He shared that he was interested in spiders and had lots of questions about spiders. He decided to become a spider scientist to research and discover the answers to questions he has about spiders. His research is to find out how black widow spiders communicate and use their sense of smell to notice the world around them. He is curious because spiders don’t have noses, so how do spiders smell??

Here is what we learned from our meeting with Dr. Fischer:

I learned that spiders don’t have antenna – Selene

I learned that spiders step on their tippy toes – Rosa

I learned some spiders have webs – Naya

I learned  some spiders don’t have webs- Keira

I learned some spiders make webs with their thorax – Fatemah

Our librarian and music teachers are asking that students wear a mask when they go to these rooms because these are shared spaces. We are asking that all students keep a mask in their backpack each day. Students will be asked to put on a mask before going to Library and Music. Students are still welcome to wear their masks while in the kindergarten classroom.

If you have any questions please let me know.

Thank you for your help.