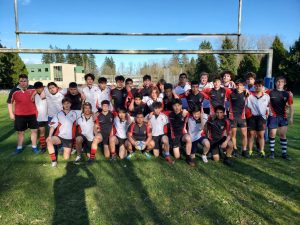 Practices are underway already for this Year’s Senior Boys Rugby Team.  We had a successful Inter Squad game on March 31 with over 30 players on the squad and our first game is April 7 at Burnaby Lake (3 PM KO).  The team practices on Monday/Tuesday at 320 PM on our lower grass field. 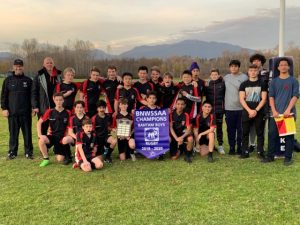 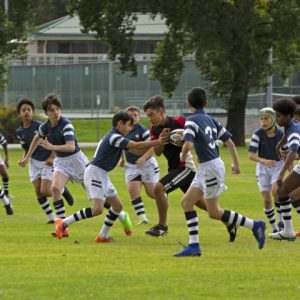 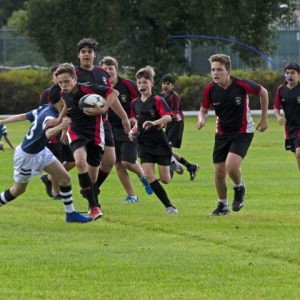 This year’s Grade 8 rugby teams has done very well for being brand new to the sport.  The team was led by a strong forward pack and by an exciting group of backs. They started off the season with an exhibition win against Burnaby South.  In the regular season the team went 2 and 2 with wins against Byrne Creek and a very close loss to Mountain 21-22.  They also came up short against West Van in an exhibition game but played a very exciting style of rugby and showed a lot of skill development.  The boys applied what they learned from these loses to put together their best rugby at the end of the season. At our lunch meeting prior to the final it was obvious the team did not think they could overcome two tough losses earlier in the season to the strong Mountain team. Led by the belief of our leaders the boys left the meeting with a renewed winning attitude. They executed our game plan to perfection. With the boys up after the fist half, Mountain came out in the 2nd with a strong push. With our opposition mounting a comeback, the team lost their captain Owen and it looked like it was heading for a Burnaby Mountain victory. Owen refused to leave the field as he watched with a broken nose. The team then rallied around his inspiration and great runs from Justin Tommi, and Ryben, as well as big tackles and rucking from Max, Nick, Roko, TJ and Aiden, and, some clutch kicking from Ivan to close out the win 42 to 34. The coaches were especially proud of the courage and character the team showed to win the Burnaby Banner against a strong opponent. They showed great rugby IQ, toughness, athleticism and team play to finish the season on the a winning note. Great season boys!Our point leaders are :

Congrats to this year’s Senior Boys Rugby team who defeated Windsor in the Lower Mainland Tier 2 Final.  The erased an earlier regular season loss to them.  They played a great team game allowing Sam Hsu to score early.  Then Lynden Duggan would score 5 tries to seal the victory 36-34.  Sateki Vikilani, grade 8 fly half, would kick the converts that brought the team ahead.  The team earlier defeated McNair in the semi final to earn a spot in the final.  Other highlights included a 2nd place finish in the Burnaby Lake 7s Tourney.  The boys will play Byrne Creek on June 6 for the Burnaby Banner.

See the link to Varsity Letters on our Final win: 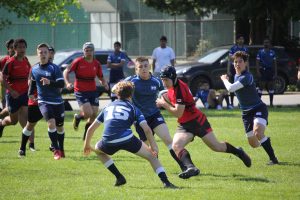 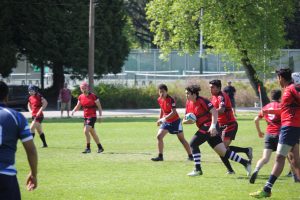 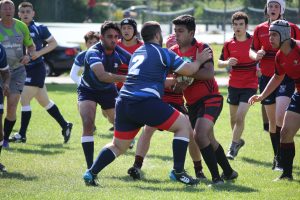 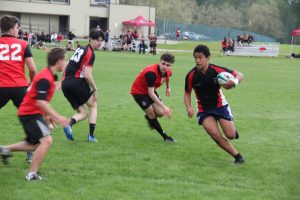 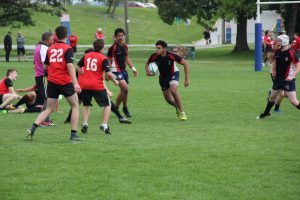 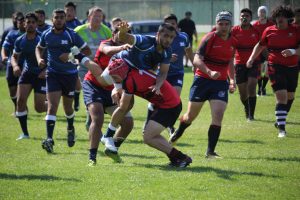 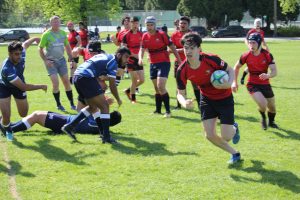 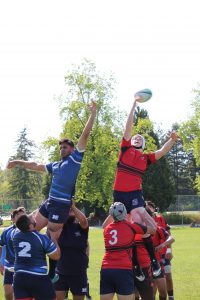 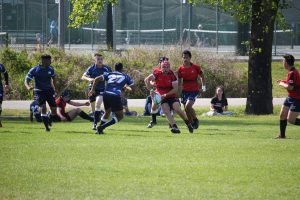 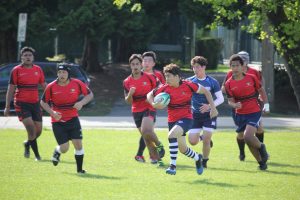 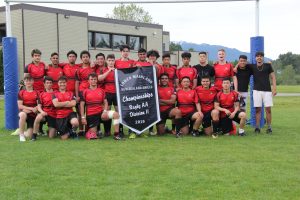 Congratulations to the Senior Boys Rugby Team who won the Burnaby/New West Banner after defeating Alpha by a score of 50-0, avenging an earlier loss in the regular season.  The team put on a great display of rugby and sportsmanship in their last game.  Their season results may not have shown how well the team played as they won 3 games and lost 3 by less than a try.  The final try count include Max F with 14, Siaki V 3 (1 con), Aiden 3 (6 con), Shaan B 3 (2 con), Sean D, Lynden D & Philip S 2,  Dylan D, Sam H, Tomas W 1, Keegan 1 (8 con).  Take a look below at the before and after of some of our graduating rugby players. 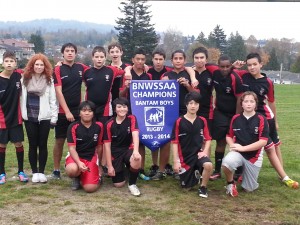 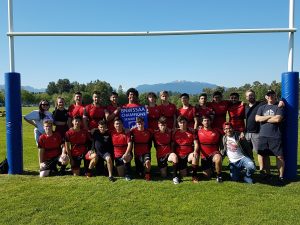 Thank you to all of our participants who took part in our annual Terry Fox Run!  We would like to acknowledge some of our top runners. In first place was Ryan Goudron, followed by Charles Yu and Daniel Yu. Our top female runners were Jordyn Huitema, Emi Marsden, and Shankara Rajkumar. Our top staff runners were Mr. Einhorn, Mr. Mcilvaney, and Ms. Dunne and Ms. Campbell. This year we were able to raise $2802.  This makes Burnaby Central one of the top fundraising high schools in the district.  Thanks again to everyone who donated and took part in the run!

Up next for the Leadership Class was hosting the Fall Sports Pep Rally and organizing a number of Holiday events such as Deck the Door, Basketball Intramural, Food Drive and Gingerbread House Event with our feeder schools.  The Food Drive was able to collect over 20 boxes of food for the Greater Vancouver Food Bank.  Our top donating classes were Ms. Thomson’s, Ms. Dunne’s, Mr. Shier’s, and Ms. Morabito’s.  The winner of our Basketball Intramural was Chicken Adobo.  With the team’s entry donation, we were able t raise over $60 for the Food Bank.  The winner of the Deck The Door contest was Ms. Dunne’s class with Mr. Kamiya, Mr. McIllvaney, Ms. Morabito and Ms. Kraemer’s class rounding out the top five.  Thank you to everyone who participated in our holiday events.

The Senior Boys Rugby team will be playing Alpha in the BNWSSAA Banner Game on Wednesday May 17 at Burnaby Lake.  Lets see if they can repeat as district champs like they did back in Grade 8…. 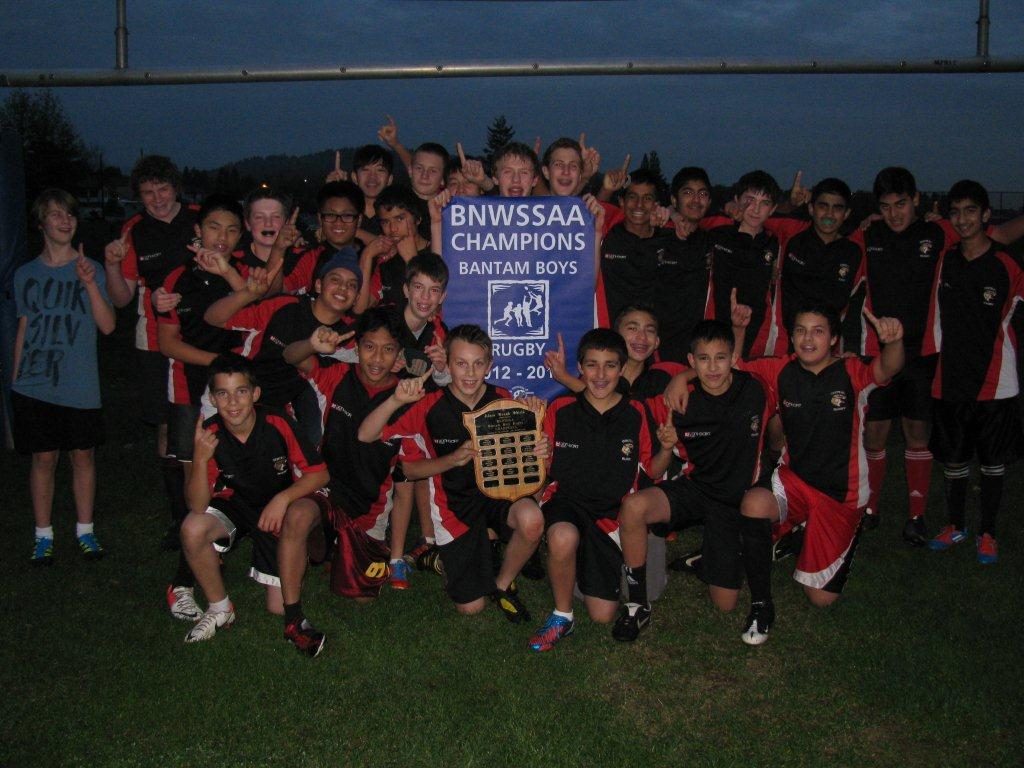 The Senior Rugby team continued to show how they belong in the toughest rugby league in the country after a very tough loss on April 13 to Lord Byng who scored on the last play to steal the game 27 to 24.  Siaki Vikilani led a huge comeback to take the lead scoring once while Max Fookes added 3 of his own.  Austin Preissl continued his excellent kicking by adding 2 converts.  This comes after big wins over Cariboo Hill and Alpha, and a very close loss to provincially ranked #8 Argyle 17-23..
The Junior Rugby team finished 2nd in the Mulgrave Invitational 7 aside tourney and then finished 12th at the Invitational Junior Provincial Tournament.  The team defeated St. Micheals, had very close games with provincial powerhouses Earl Marriott and Robert Bateman but unfortunately lost to St. Georges and Yale.  There were a number of try scorers on the day including Sean Donaldson, Keegan Chao, Garret Coombes, Chidumbem Nkolagu, and top point getter was Sam Huo. 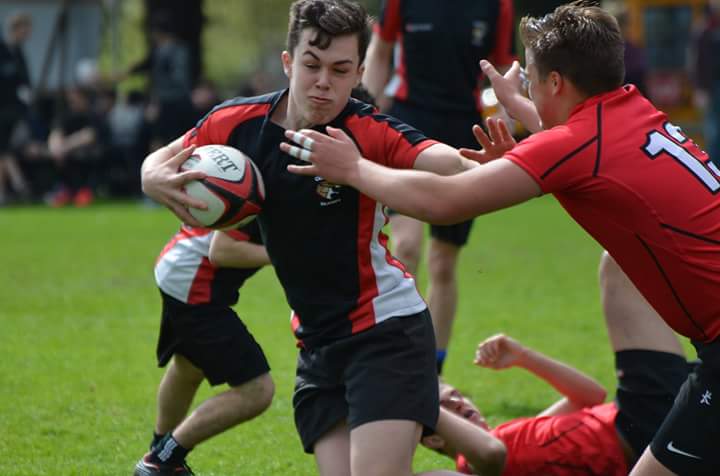 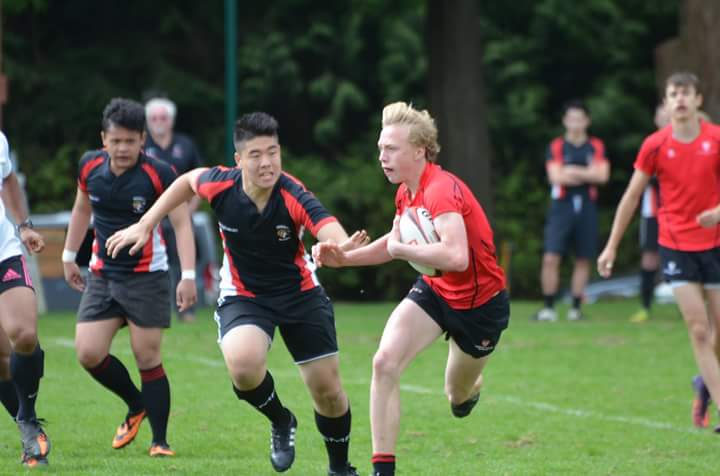 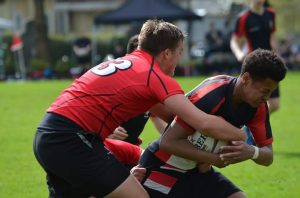 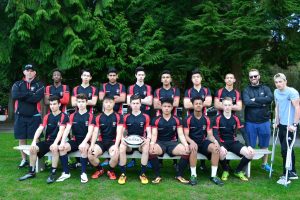 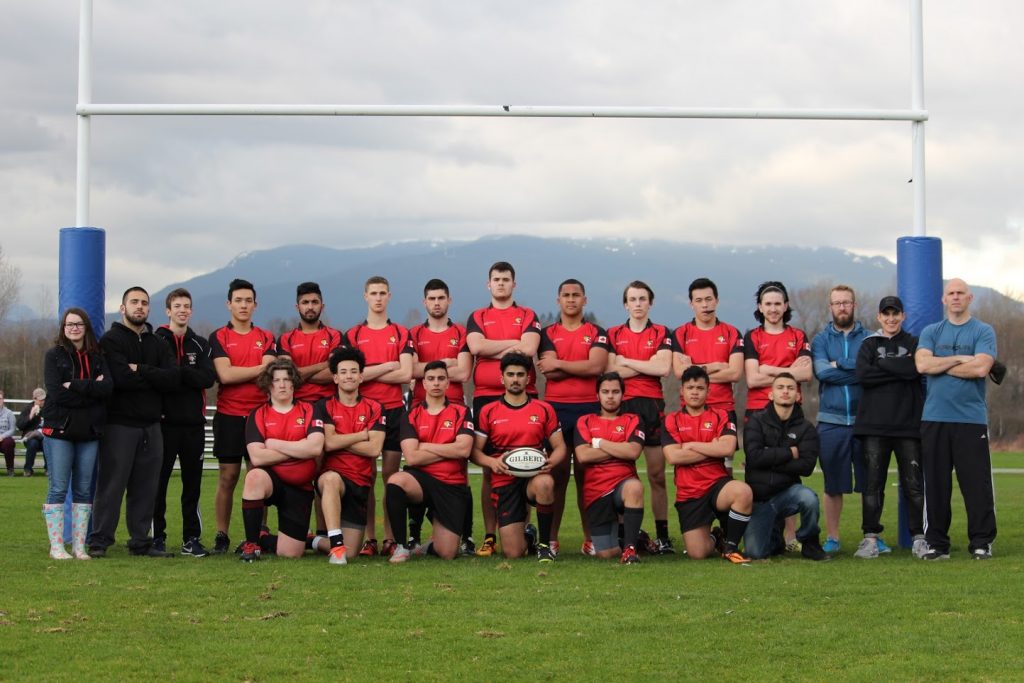 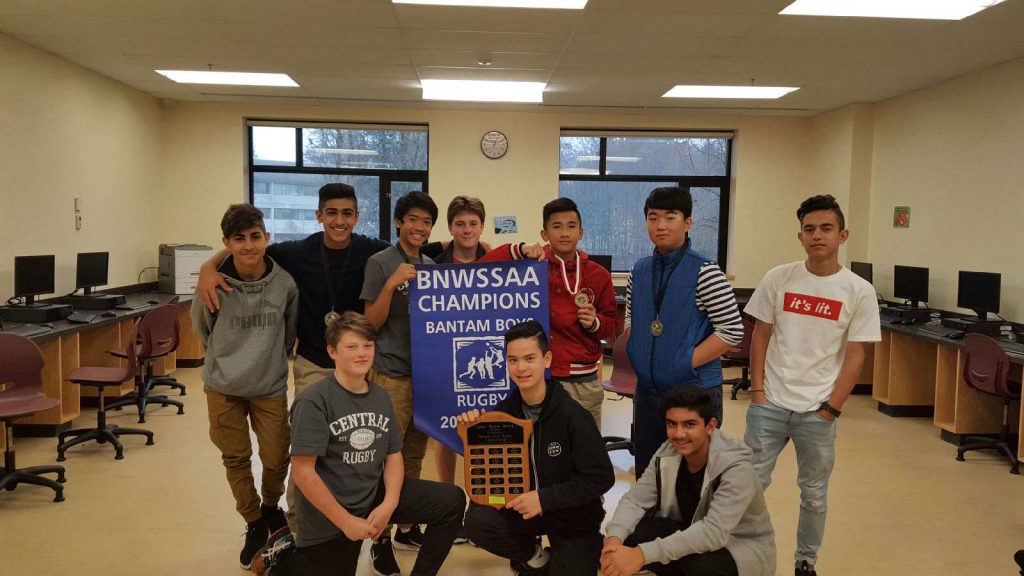 The Senior Rugby Team was able to cap off a successful year by winning the Tier 2 Plate Final at the Invitational Provincial 7 aside Rugby Tournament by defeating Prince of Wales 17 to 14.  Other results included wins over Argyle  (24-5) and Lake City (10-7) and losses to St. Georges B and eventual winners RE Mountain.

This comes off of the heart breaker overtime loss in the Lower Mainland Tier 2 Final 26-31 to Sutherland.  The team were awarded the Burnaby District Banner and still had a great year with only 1 loss during the regular season. 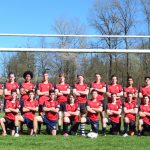